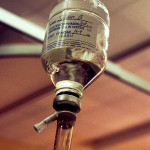 I recently read an article about this study which has rather grim results. This meticulous and thorough study, was based on all randomized clinical trials of chemotherapy in the U.S. and Australia that reported an increase in survival rates due to the use of chemotherapy in cancer treatment. The results were that, for the most common types of cancer, chemotherapy increases the 5 year survival rate in approximately 2% of patients. Newer, more costly forms of chemotherapy do not prove to be more efficacious than chemotherapy treatments given in the 1970’s. This study received very little press outside of Australia (where it was performed). In a world where Bayer, pharmaceutical giant, wants to buy Monsanto, GMO/pesticide giant, this comes as little surprise to me.

Aims: The debate on the funding and availability of cytotoxic drugs raises questions about the contribution of curative or adjuvant cytotoxic chemotherapy to survival in adult cancer patients.

Materials and Methods: We undertook a literature search for randomised clinical trials reporting a 5-year survival benefit attributable solely to cytotoxic chemotherapy in adult malignancies. The total number of newly diagnosed cancer patients for 22 major adult malignancies was determined from cancer registry data in Australia and from the Surveillance Epidemiology and End Results data in the USA for 1998. For each malignancy, the absolute number to benefit was the product of (a) the total number of persons with that malignancy; (b) the proportion or subgroup(s) of that malignancy showing a benefit; and (c) the percentage increase in 5-year survival due solely to cytotoxic chemotherapy. The overall contribution was the sum total of the absolute numbers showing a 5-year survival benefit expressed as a percentage of the total number for the 22 malignancies.

Results: The overall contribution of curative and adjuvant cytotoxic chemotherapy to 5-year survival in adults was estimated to be 2.3% in Australia and 2.1% in the USA.

Conclusion: As the 5-year relative survival rate for cancer in Australia is now over 60%, it is clear that cytotoxic chemotherapy only makes a minor contribution to cancer survival. To justify the continued funding and availability of drugs used in cytotoxic chemotherapy, a rigorous evaluation of the cost-effectiveness and impact on quality of life is urgently required.