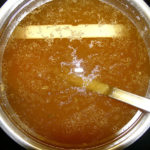 Here is an article explaining the many benefits of bone broth. Ingesting bone broth is such an excellent way to heal your gut and receive a multitude of nutrients.

That may be a slight exaggeration, but bone broth does have a centuries-old history of therapeutic use in traditional cultures. And it is well-known for being a soothing dish that is nourishing for body, mind, and soul. Physicians as far back as Hippocrates of Kos – revered as the “Father of Modern Medicine” – have recommended the bone broth diet as being beneficial for health.

Fast forward to the present day and to Los Angeles Lakers basketball star Kobe Bryant. During an eight-month stretch in 2013, he ruptured an Achilles tendon and then fractured his knee, both potentially career-ending injuries. And yet in 2015, at the age of 36, Bryant not only returned to the harsh rigors of pro basketball, he actually thrived.

What was his secret?

Bryant and his handlers credit at least some of his recovery and longevity to a particular chicken and vegetable soup – specifically, bone broth.

What is Bone Broth?

Bone broth, regular broth, and stock all have the same basic ingredients – water, meat or bones (or both), vegetables, and seasoning. Regular broth is made with meat and may contain some bones. It is typically simmered for a short time, is very light in flavor, and rich in protein.

Stock is made mainly with bones, along with a little meat. Often the bones are roasted before simmering to improve the flavor. Stock is typically simmered for 3-4 hours and is a good source of gelatin.

Bone broth is also made with bones and may also contain a small amount of meat adhering to the bones. As with stock, bones may be roasted first to improve the flavor. The main difference is that bone broths are simmered for very long periods of time, usually more than 24 hours – so that not only gelatin, but also healthful minerals are released into the broth.

Quite simply, bone broth is a nourishing concoction that is known to contain many essential and non-essential amino acids, gelatin which together help to form connective tissue, as well as nutrients that support the immune system, gut healing, and brain health.

No wonder the bone broth diet is known as “nature’s multi-vitamin”! Let’s take a closer look at some of its many health benefits.

Statistics show that when Americans are sick, more often than not they seek the comfort of a hot bowl of chicken soup.

According to the National Institutes of Health, the idea of hot soup as a flu and cold remedy has been around for centuries – and may in fact help to ease the symptoms.

All liquid broth soups speed up the movement of mucus, because they are hot fluids that dilate blood vessels, increasing blood flow. This allows mucus to flush everything out including the infecting agents and alleviating congestion.

Soups are also hydrating in general because they contain both water and salt, which are both important when fighting off an infection. Further, some research suggests chicken soup can reduce inflammation associated with colds and flu, providing further symptomatic relief.

In recent years, healthcare researchers have begun to understand that our overall health and well-being are intimately connected to our gut. In fact, many modern diseases are now believed to be strongly influenced, if not caused, by a toxic mix of gut bacteria. The Standard American Diet (SAD) – high in unhealthy hydrogenated and trans fats as well as processed, refined, and overly sugared foods, while simultaneously being low in complex carbohydrates, plant-based foods, healthful fats, and other needful nutrients – doesn’t help matters much in this regard.

According to Dr. Natasha Campbell-McBride, author of “Gut and Psychology Syndrome (GAPS),” the bone broth diet is excellent for healing the gut. Indeed, it forms an integral part of her patented “GAPS Nutritional Protocol,” as described in her book.

Her healing protocol relies on the fact that bone broth or stock is easily digestible, helps to heal the gut lining, and contains many valuable nutrients and minerals which boost and balance the immune system.

For instance, “leaky gut syndrome” is a health condition in which partially digested food, toxins, viruses, yeast, and bacteria gain access to the bloodstream from the intestine, which is otherwise a barrier that prevents their access.

Leaky gut is believed to be the root cause of many allergies and autoimmune disorders – and may even lead to neurological disorders such as autism, ADHD, and learning disabilities. By sealing the gut and optimizing the immune system, the bone broth diet can help to heal leaky gut syndrome and lower our risk of getting these disorders.

Is bone broth beneficial for autism?

Dr. Campbell is convinced that bone broth can be used to successfully treat autism. According to her, autistic children are born with perfectly normal brains and sensory organs. However, what they lack from their birth is normal gut bacteria.

Up to 90 percent of all cells and genetic material in our bodies is represented by our gut bacteria – and we choose to ignore them at our own peril.

Dr. Campbell has discovered that the digestive systems of autistic children have unusually high levels of harmful or “pathogenic” gut bacteria, which damage the integrity of their gut walls. As a result, toxins and bacteria get into their blood when they are not supposed to and eventually also enter their brains.

These toxins in the brains of autistic children interfere with their ability to process the flood of sensory information they are exposed to on a daily basis during their development. As a result, they don’t learn how to understand language, how to use it, or how to develop the natural instinctive behaviors and coping behaviors that normal children do.

Instead, they develop symptoms that we call autism.

Dr. Campbell believes that bottle feeding (instead of breastfeeding) is a contributing factor because it doesn’t protect children against abnormal gut bacteria. Indeed, her research shows that a large percentage of the mothers of autistic children were bottle-fed.

Add to this the modern SAD diet of processed, refined, overly sugared, and junk food, and what we have on our hands is a disaster in terms of intestinal health. This type of diet almost exclusively feeds pathogenic gut bacteria, allowing them to proliferate – and in some instances even dominate.

So how does all this relate to bone broth?

Dr. Campbell’s therapy for autistic children includes easily digestible foods that are dense in nutrition – which includes bone broth as well as fermented foods. According to her, it takes two years to get rid of pathogenic bacteria, re-establish normal beneficial bacteria, heal the damaged gut lining, and restore the gut to being a source of nourishment instead of a source of toxicity. Additionally, this bone broth-based diet also clears out many toxins from the body on its own.

The proof of the pudding is in the eating. Using her own GAPS nutritional healing approach, Dr. Campbell has successfully treated her own son who is now autism-free. She currently heads a clinic in Cambridge, England, where she continues to treat children and adults with autism, learning disabilities, neurological disorders, psychiatric disorders, immune disorders, and digestive problems.

Osteoarthritis is the most common type of degenerative joint disease in the U.S. It is typically experienced as a progressive loss of cartilage, along with joint pain and inflammation of the connective tissue that makes up the inner surface of joints, especially the knees and hands.

As a result, the bones at the affected joints begin rubbing directly against each other, bone spurs develop and soon result in pain and inflammation. Bone broth is full of glucosamine and chondroitin sulfate, which have been shown to help support cartilage health.

Bone broth also contains hyaluronic acid, which is given orally as a supplement for osteoarthritis patients and also injected into knee joints to reduce pain and increase function and mobility. While these treatments are effective, they are also expensive.

It’s a lot easier – and cheaper – to make bone broth at home and avail yourself of all the powerful joint-healing benefits of these nutrients. In fact, bone broth is chockfull of a form of collagen that also contains the amino acids proline and glycine – and both of these have been shown to help rebuild tissues.

The protective action of all of these nutrients in the bone broth diet is believed to happen in two ways. First, as basic components of cartilage and synovial fluid, they help the joint to repair itself. Second, their anti-inflammatory actions are believed to prevent many inflammation-induced breakdown processes in joints.

Together, these two mechanisms slow the destruction of cartilage in joints and may even help to regenerate joint structure, resulting in less pain and greater mobility of the affected joints.

In summary, all available evidence indicates that bone broth’s many healthful ingredients can be used to reduce the symptoms of cold and flu; support a healthy gut, and support healthy joints that are free from pain and inflammation.